Weighing Organic vs Chemical Farm Grown
2010 and 2011  I found myself working in Eastern Washington as an advisor for one of the largest Fertilizer and Chemical suppliers in the U.S.
It was a very eye opening experience. I was advising Yard Care Professionals in Tree and Yard care but it was in the same facilities supplying the thousands of acres of farms that range from the Yakima Valley into Tri-cities.
I was raised on a three thousand acre ranch in the Payette Valley but the properties being farmed in this area were thousands and thousands of acres. The facilities supplying chemicals to these companies looked like something from a James Bond movie with hundreds of tanker trucks rolling millions of gallons of 24D and other chemicals into those farms.
I was not naïve that our modern farms must use chemicals to control weeds but to the extent I witnessed it was shocking.
In 2012 I watched my brother die of a brain tumor...the interesting thing about 24D is it's mode of action is a cellular growth regulator that makes the plants cells outgrow their ability to sustain themselves...what is the mode of action for cancer cells...?
That was the same year a client introduced me to organic food sources...which has truly changed my health over the past two years.
Is organic our salvation?
The reality is that farmers can not produce the level of food our world is demanding without chemicals. And eating a McDonalds greasy burger and fries has far more health harm vs NON-organic grown vegetables.
However...any organic we can work INTO our diet is hedging our balance drastically.
So how do we do that? The Organic isle of our grocery store seems to have a automatic 20% increase. Growing our own food starts to become an important choice but it is only a part of the solution. Focusing on healthy food and foods that are not grown in environments where 24D and other chemicals are necessary is what we must STRIVE for. It doesn't  happen over night but becomes an important everyday aspect of our lives.
_______________________________________________________________

Worm composting is the key to going organic and great returns on raised garden beds.

It is important to make sure you understand how it all works. You'll read lots of information seeming to contradict themselves, but keep to these facts and it will help.

One reason there are contradictions is there is no control factors enforced on how worm tea is produced and how it is labeled.

The Leachate that comes out of the tap on the bottom of your composter is not compost or worm tea. It is drainage from the bins. This has proven to be a great fertilizer for some people then, other times it can actually harm plants...why? Because the extract from the worms "gut" is what we are looking for to have the micro biology of aerobic organisms that we want. However, if you put raw vegetables in whole, those vegetables will be full of liquid, rotting, and discharging a fluid full of anaerobic bacteria whose function is to break down plant cellulose > that isn't what we want on living plants.
So we have people grinding their vegetables up, putting them in with lots of paper products which the worms consume quickly, not allowing the drainage of decaying plants in the basin, who say the leachate fertilizer is great...it's actually from the worm extract so they are right. Then we have people who put in whole rotting vegetables, who get the anaerobic drainage that actually can harm living plants.

So how do we tell the difference? Well smell actually is the best way, if it's earthy smelling then it's probably from the worms, if it's foul smelling it's full of anaerobic bacteria. Many people use this method but still I recommend pouring the leachate onto the compost pile and let it do it's job one way or the other.

Worm tea is the powerful stuff we put on our raised garden beds to replenish the mycorrhiza to produce great healthy food. This is from the actual worm castings in the worm bin. This is done by putting the fresh castings in a tea like bag, putting an air pump (like from a fish tank) in and farming off the good stuff into a liquid we can put on the garden. This must be done in a short period of time in order to get the aerobic affect before the anaerobic takes over. See details.

I hope it doesn't seem to complicated, it really isn't once you've done it. And the results are amazing.
It's simply having the knowledge that takes a few hours to learn that makes all the difference in success or failure.

Preventive Care is the Best Care

When and How Much Water

What WEED is that?

What is Sun Scald

Taking Care of that Young Tree 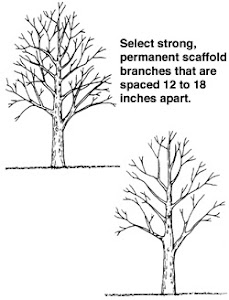 Boise area followers who EMAIL greenteam.t@gmail.com get a free Gallon of Compost Tea